We are Year 2 and 3 students who are excited to be in Tui this year. Miss Hammerich is our teacher. She will help us as we continue our journey of learning.

We have been learning about Vikings.
It all started when we were doing phonics and we were looking at three letter words that could be changed by putting an e on the end.  For example mop become mope, hop becomes hope.  Someone suggested run to become rune.  The children didn't think this was a proper word.  Miss Hammerich said rune was the name of the alphabet letters of the Vikings.  We looked at google and found some runes.   Then we looked at some Viking ships and people dressed up as Vikings.  We asked if we could learn more about Vikings. 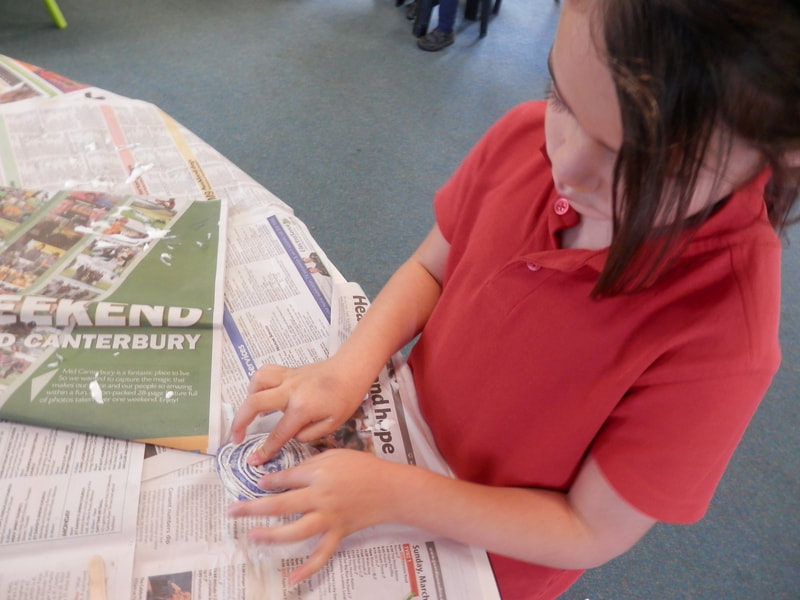 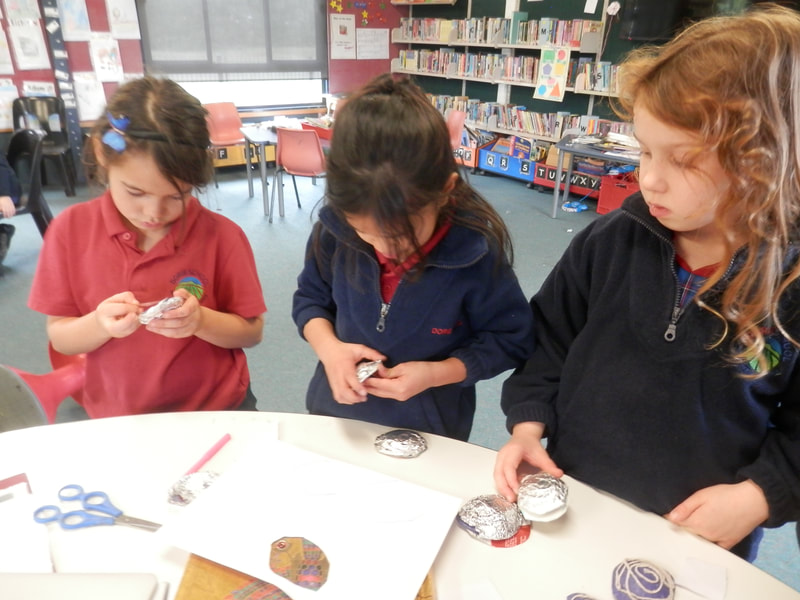 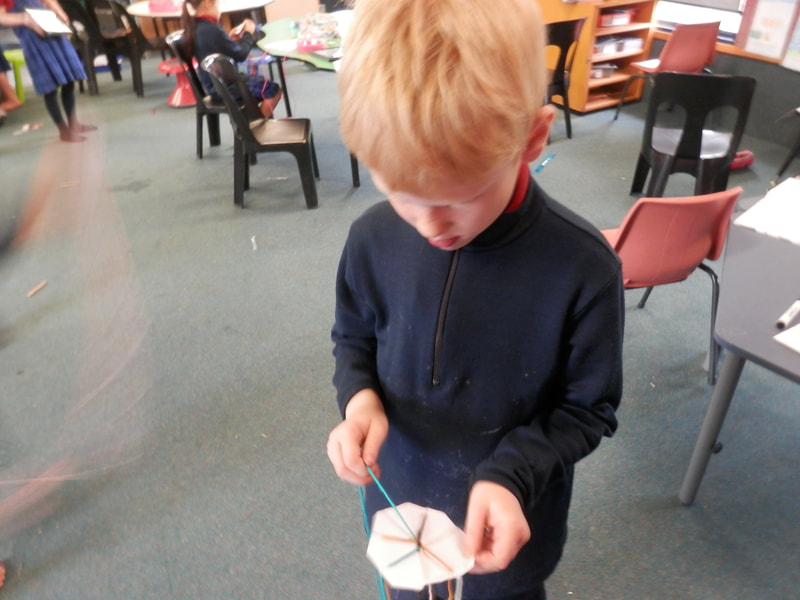 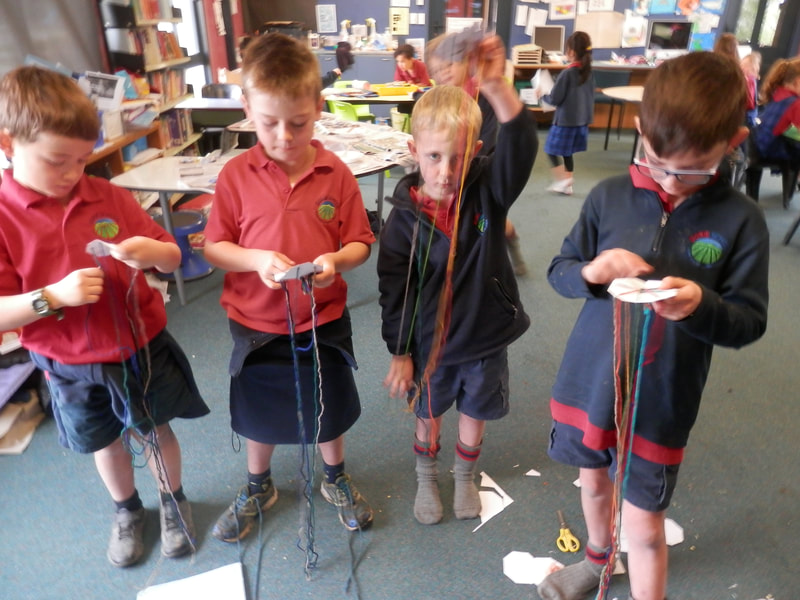 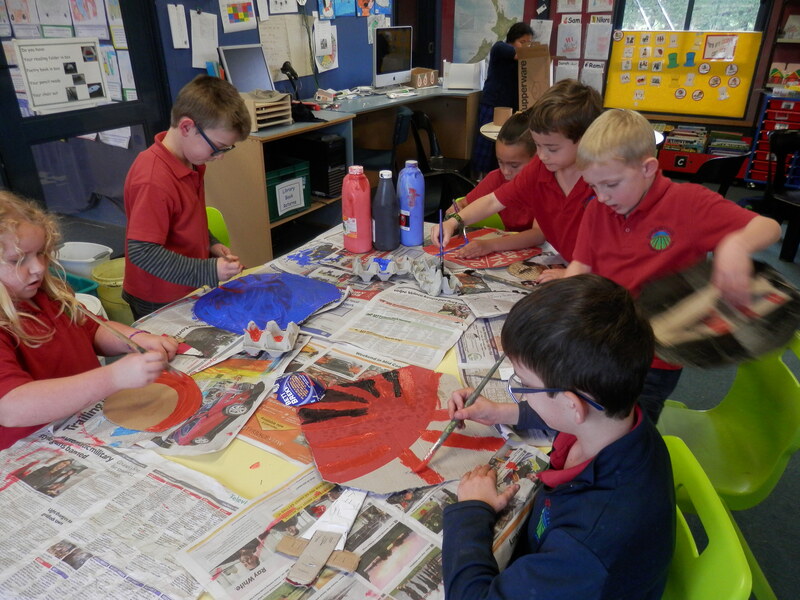 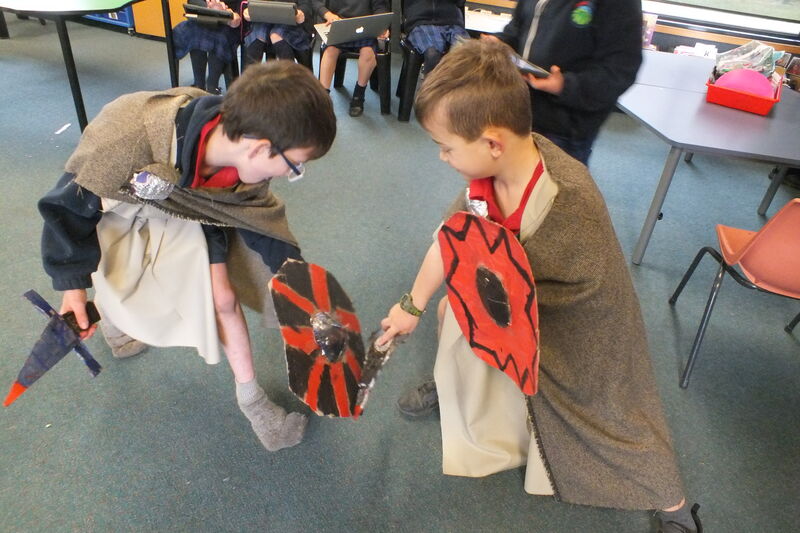 We learnt to make a Viking brooch and a woven cord for our Viking costumes.  We made some shields, swords and helmets and then we had fun dressing up and pretending to fight. 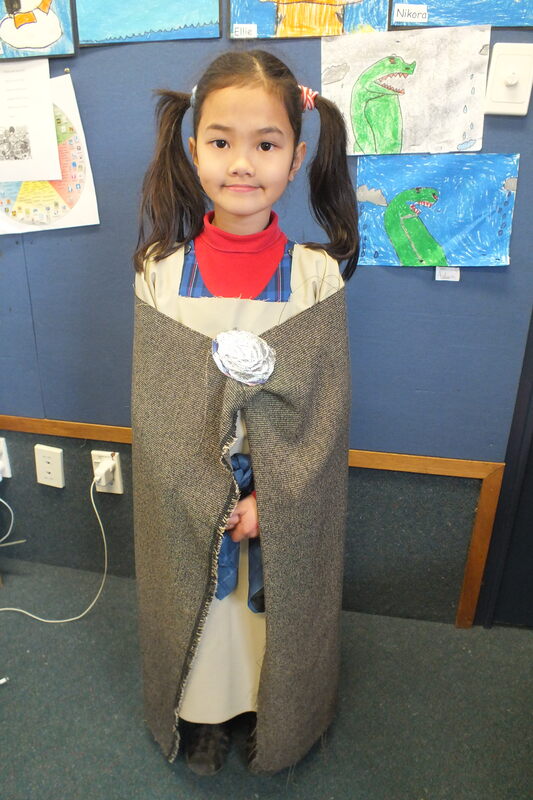 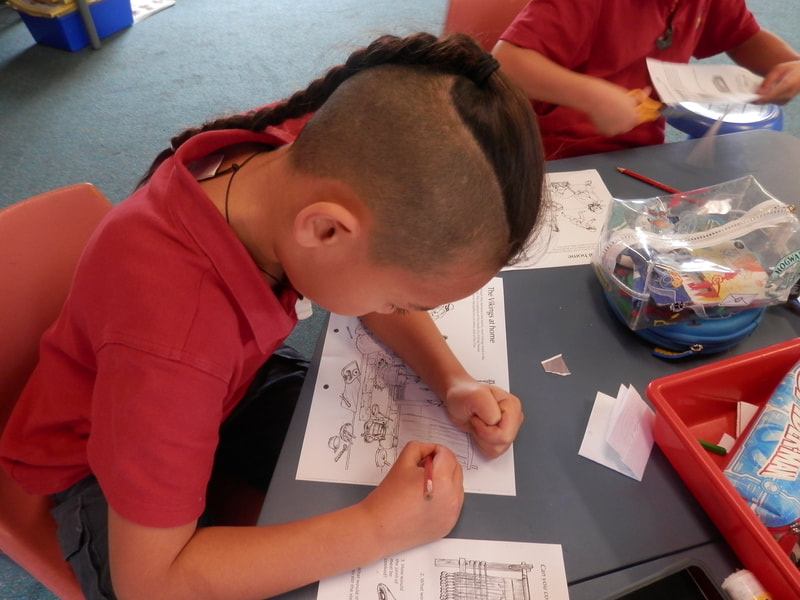 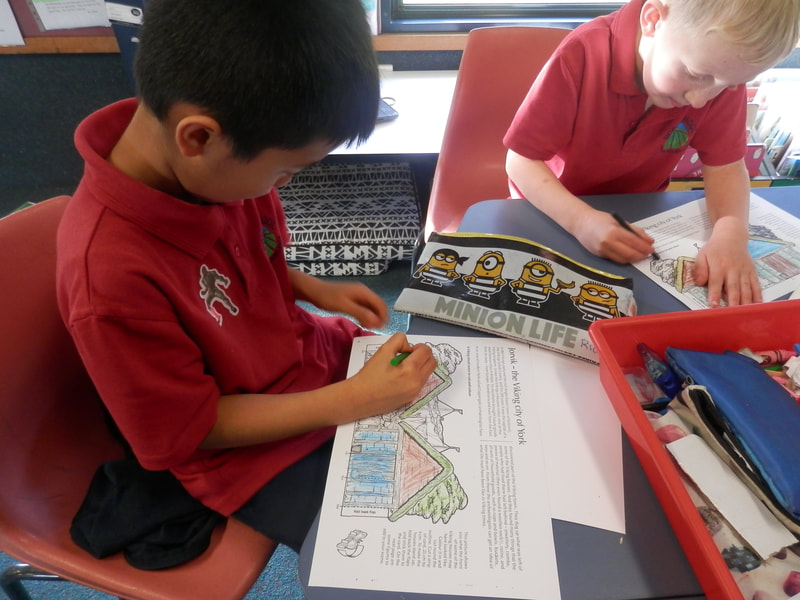 On Thor's day I went on a longboat with Olle.  Then Olle and I went to London.  When we got to London we had to fight Ian.  Ian tried to kill me but I killed him first.  By Adam

Hi my name is Leanne.  It is Thor’s day.  My Mum is making me clean the house (boring).  We live in Greenland.  My Dad is a hunter so he is out hunting right now.  I hope he has found something for us to eat because I am getting a bit hungry.  I have finished cleaning the house so I am going to go and help Mum on the farm because she works on the farm.  By Abbie

Hi my name is Amy.  My Mum’s name is Amy.  My Dad’s name is Joe.  I help my Mum on the farm and the work around the house.  We live in Greenland.  My Mum is a weaver and my Dad is a hunter.  I have a little house that my family lives in.  We go on big ship’s to fight.  By Maddy

I am a Viking called Ellie.  I am going to battle.   By Ellie

Hello my name is Sabra.  I am a Viking girl.  I work at home and do some farming.  I don’t go to school because there is no school.  When it is night we talk and tell a lot of stories.  It is fun.  I feed the horse and the plants so we can have vegetables.  We have a farm.
By Shamia

Adam, Sam and I are ready for a fight.  Our Viking ship is taking us to America.  By William

On Thor's day Thor attacks the soldier with arrows, armour, a sword and a shield.  By Dale

I am Zachariah.  I am a Viking.  I am killing a person with a sword.  By Richie

I am the Viking Agis.  Ellie and I are doing house work.  It is very hard work being a Mum.  We have to cook food all day and also when we are older.  Now is the time for story time.  The story teller is a person who tells stories to kids.  By Grace

Hi my name is Oili and this is something that changed my life.  I was watching TV and then it started to rumble and then loads of Vikings came to my house.  I was fainting and then I realised it was a Viking world.  The Vikings names were Naak, Naamah, Nadine - filled with hope.  Ian - God is merciful, Ichiro - firstborn child, Ib - following after, Erin from Ireland.  These are all Viking names.  By Nina

We found out some Viking names and we discovered we still use some of those names today.  Vikings found it very easy to name their first children.  The girls were named after their mother or grandmother and the boys were named after their father.   We also discovered that some of our days of the week are named after Viking gods.  Sunday - Sol goddess of the sun,  Monday - Mani goddess of  the moon, Tuesday - Tyr  god of war, Wednesday -  Odin the Raven god sometimes called Woden, Thursday - Thor god of strength and storms. 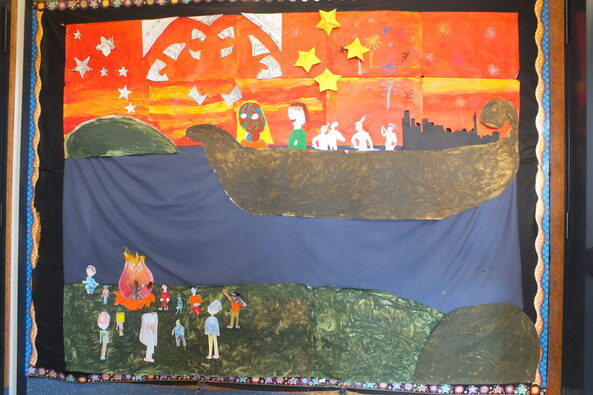 We read a book called  "Matariki" by Melanie Drewery
We looked at Matariki graffiti art then made our own mural using some of the elements of the story.
Tui class painted the Dawn sky by mixing yellow and red paint.  Some drew the waka and painted it.
Piwakawaka class painted the beach and hill by mixing blue and yellow paint.
Toroa class drew the people, the fire with kumara and the silhouette of the city.
Kereru made the stars, added extra people around the bonfire and the shadow of the sun.

St John's What to do in an emergency 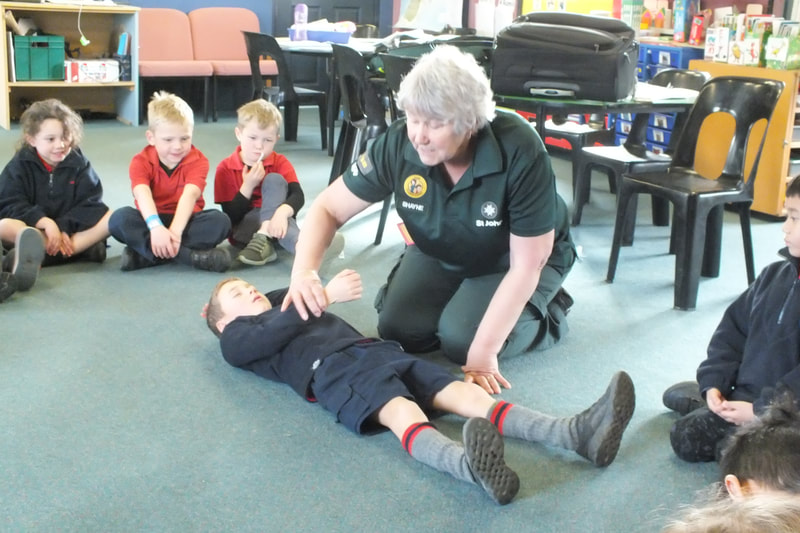 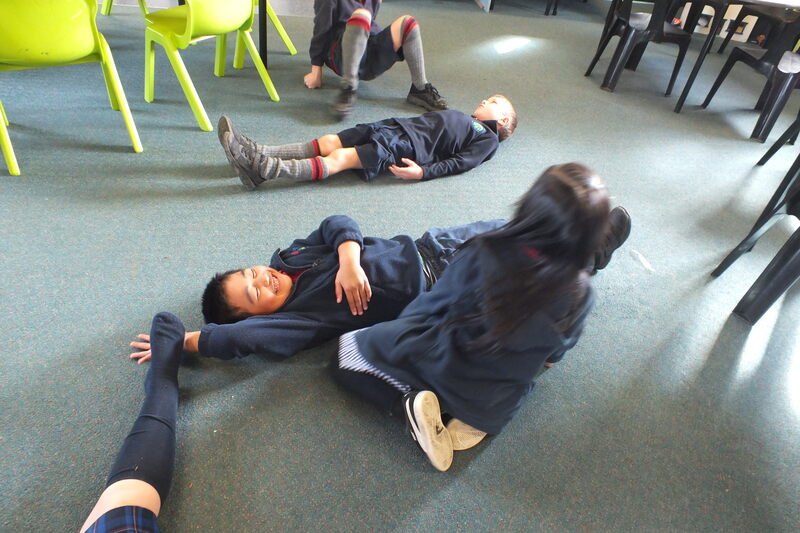 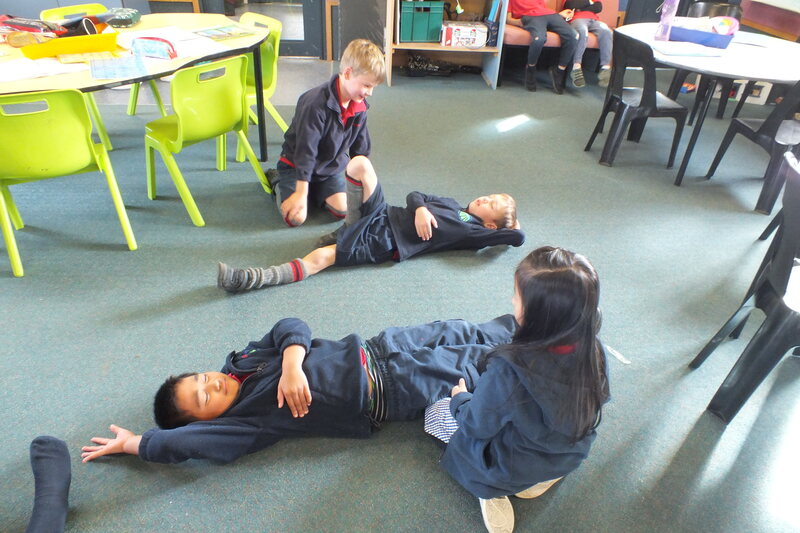 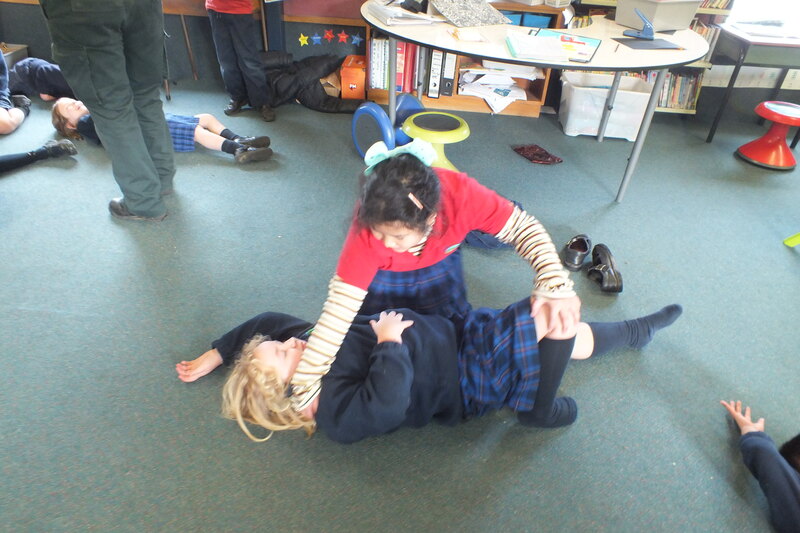 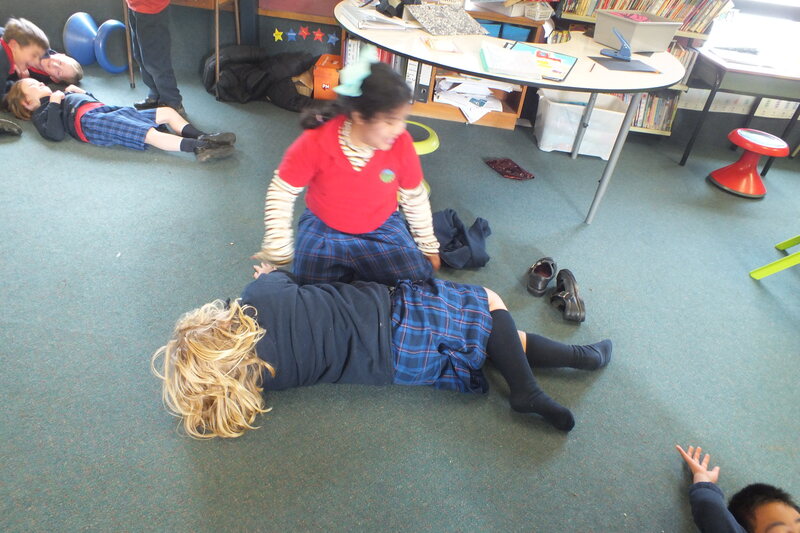 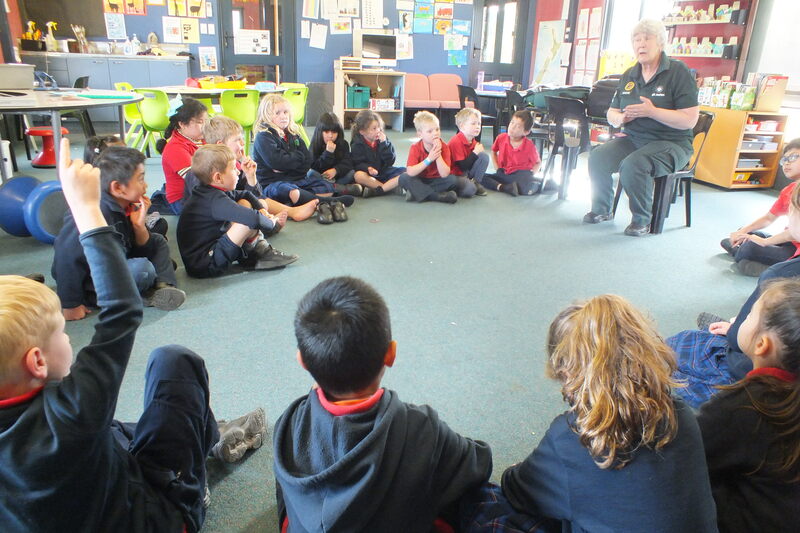 Yesterday Shayne came from St Johns.  Shayne told us to call 111.  Then Shayne told us how to turn someone.  To put one knee up and put one arm over their tummy, turning the other arm next to their head.  Then you pull the person over.  By Adam 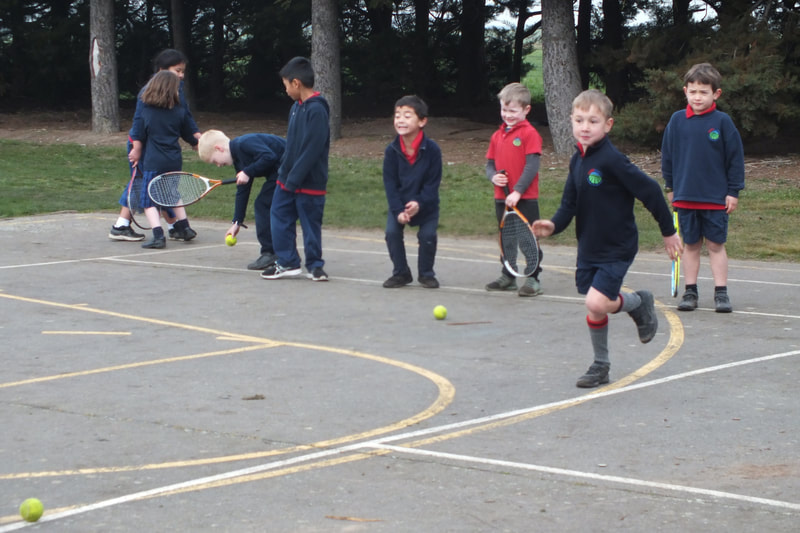 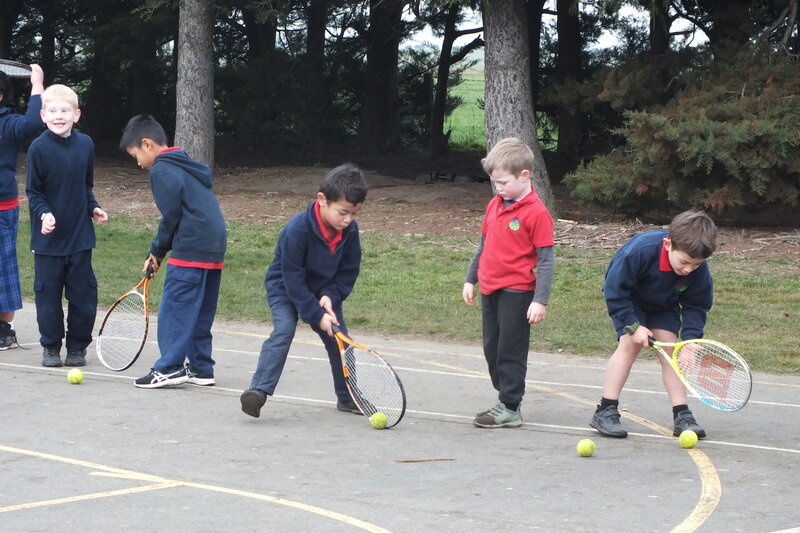 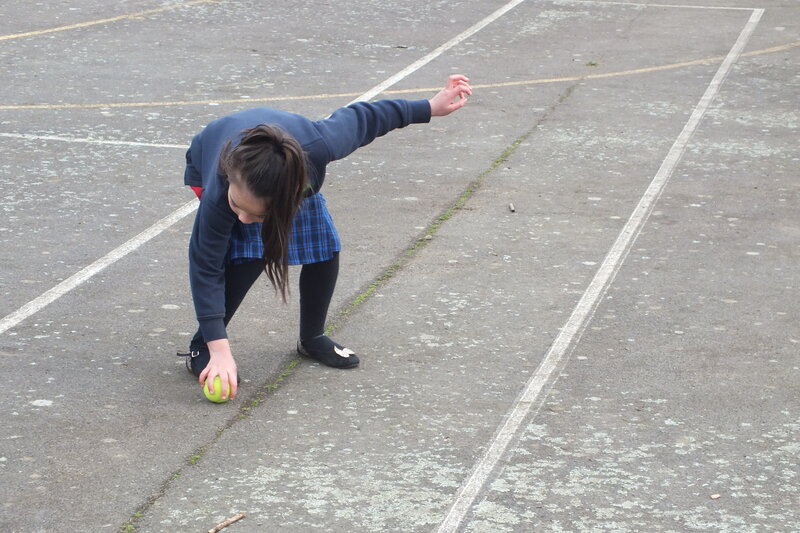 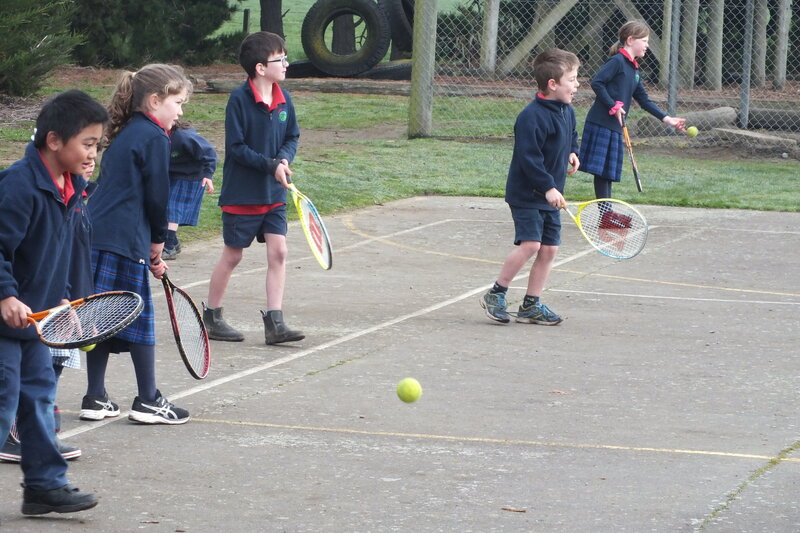 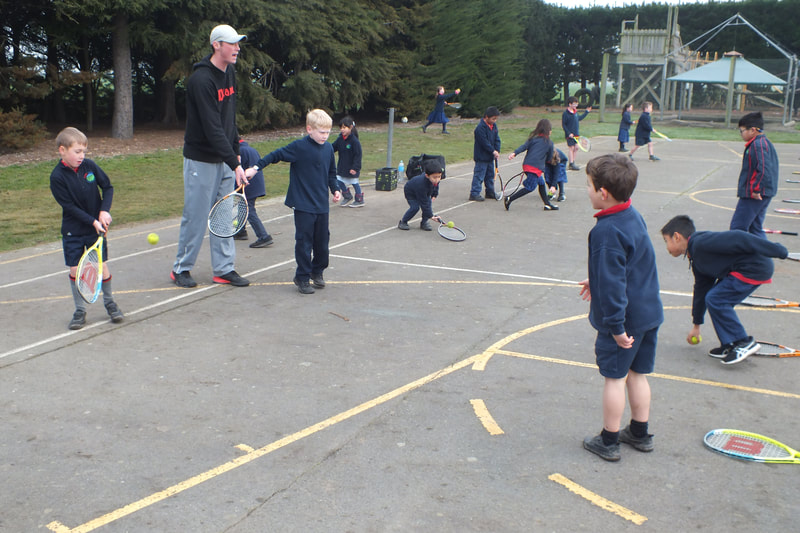 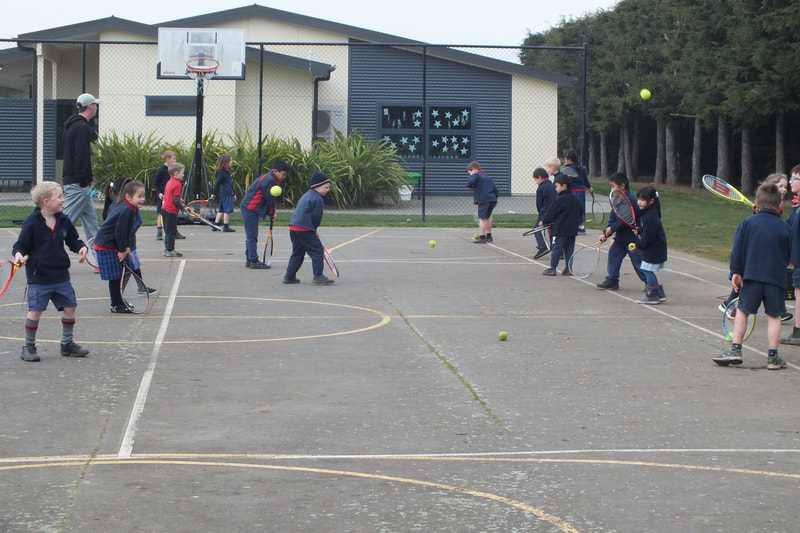 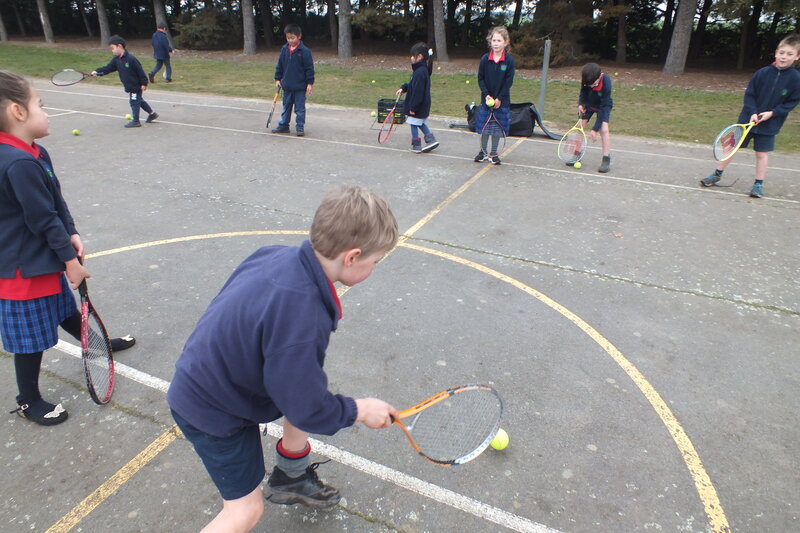 We have been learning some tennis skills.  First we played golf tennis.  Next we threw the ball for our partner to hit and then we hit the ball to our partner.

Indy, Aina, and Aaliyah are playing tennis in the purple world.  Aina is swimming.  By Aaliyah

On Tuesday 28th of July 2020 we played tennis!  However on Wednesday 29th of July 20202 we will all play hockey.  I  bet it will be fun!  What did we do at tennis?  We played rallies and racket ball.  My partner was Sarah.  She would hit the ball hard and I would hit it soft.  By Nina

Yesterday I played tennis with my class.  We had to pick a partner.  My partner was Dale.  We were playing tennis golf.  We had to try and get the ball in between two lines.  By Oscar

Yesterday we played tennis.  We had a tennis racket, ball and partner.  My partner was Richie.  We hit the ball to each other.  We played tennis golf too.
By Sam

Yesterday we played tennis.  We played tennis golf and volleys.  I played with Sam.  By Richie
I am playing with T.J. at tennis.  The coach's name is Jack.  By Indy

Yesterday I played tennis golf at school.   It was really fun.  You hit the ball between the lines.   By Ramil 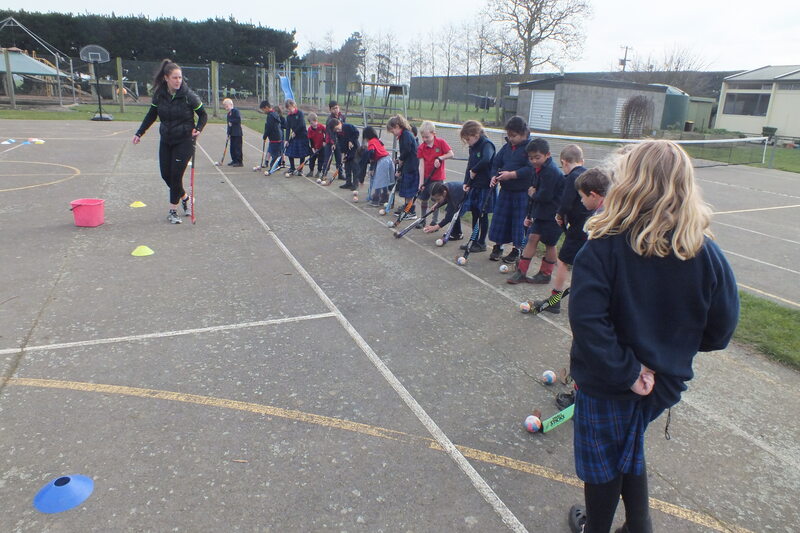 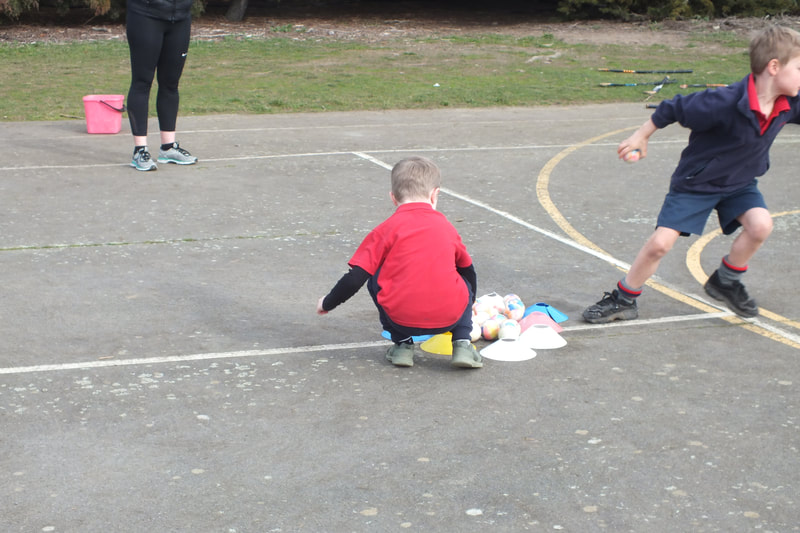 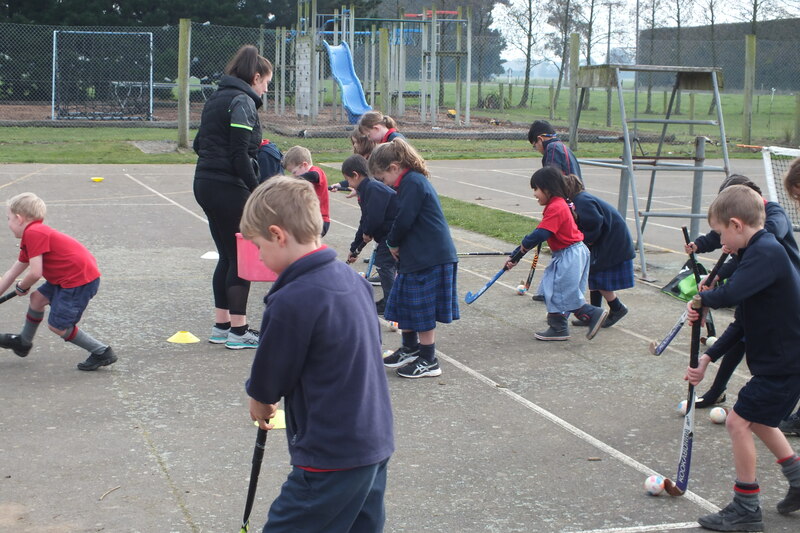 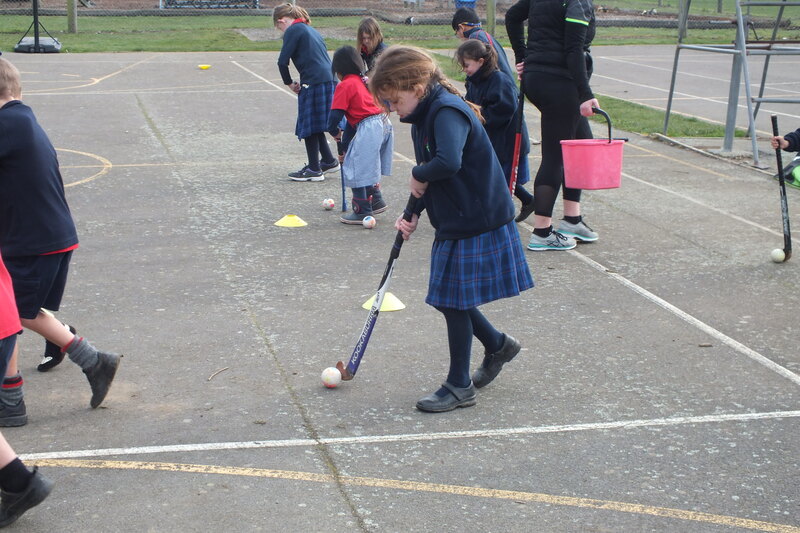 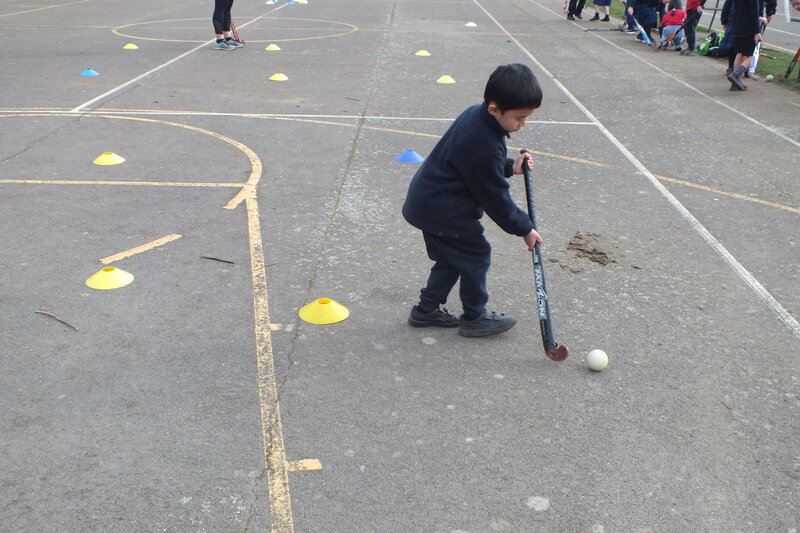 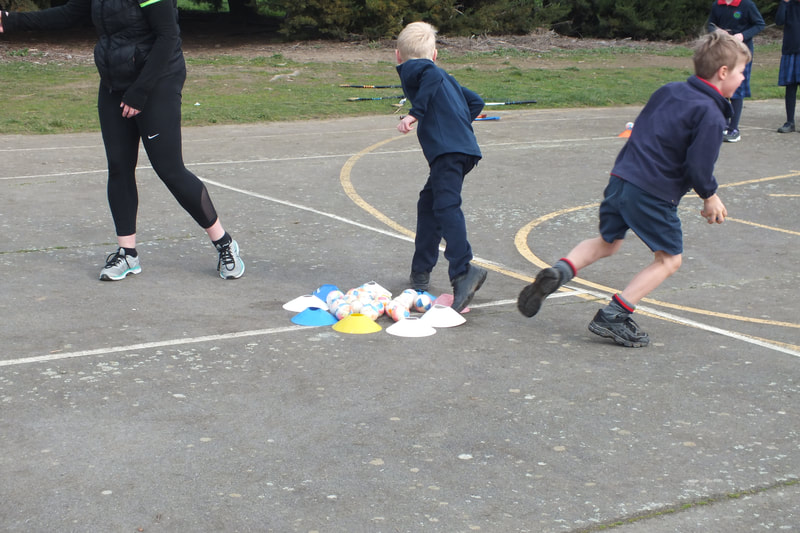 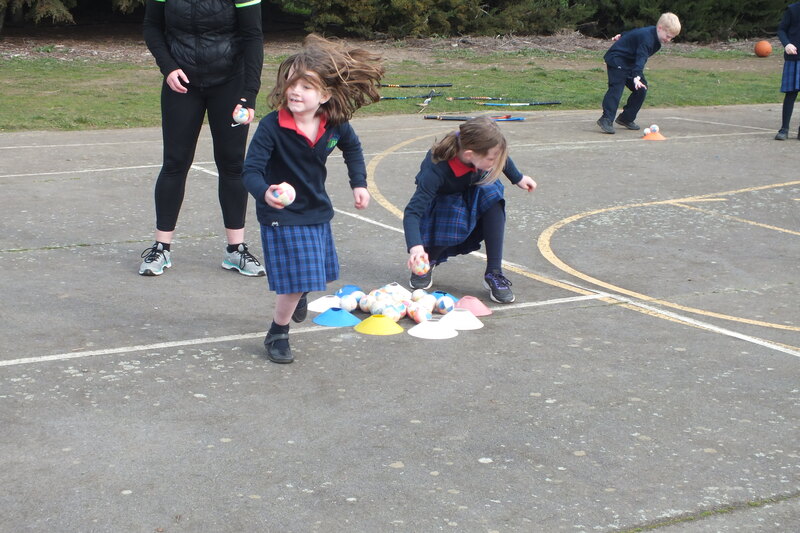 Yesterday Tui class played hockey.  When I whacked the ball it went zooming across the tennis court.  My team got the most balls when we played rob the nest.  By Nathan

Yesterday Tui Class played hockey.  We played stuck in the mud.  Next we did dribbling of the ball.  Then we played rob the nest.  By Adam

Yesterday I played hockey.  I played rob the nest.  My team was Grace, Dale, Oscar and Richie.   By  Ellie

I am playing hockey with Indy.  By Alexis